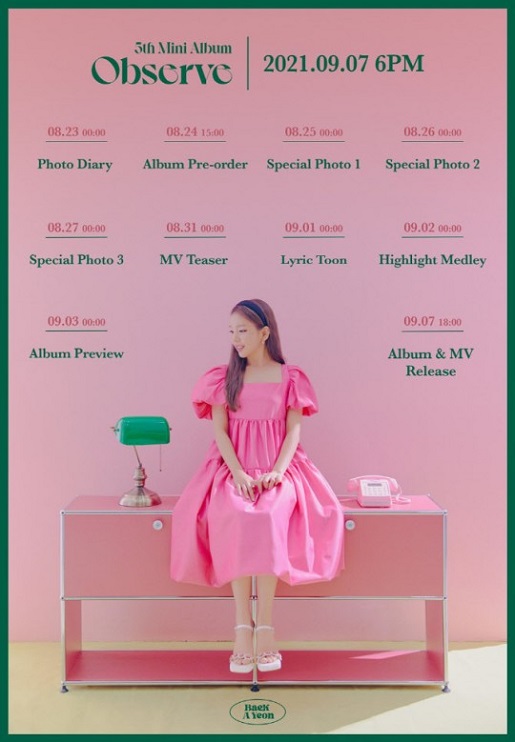 Singer Baek A-yeon’s fifth mini album will be unveiled on the 7th of next month.

Baek A-yeon unveiled her comeback scheduler on her official SNS on the 18th and announced the release schedule of her fifth mini album “Observe,” which has been rescheduled for September 7.

The comeback scheduler shows Baek A-yeon smiling in a pink background and a pink dress. The top phrase, which is written in green as 2021.09.07 6PM, informs the release schedule of “Opzerb.”

In particular, music fans are increasingly interested in the title song “What if you don’t want to do anything,” which captures the sympathy of modern people from the title.