BTS, Time Magazine’s’Celebrity of the Year’ 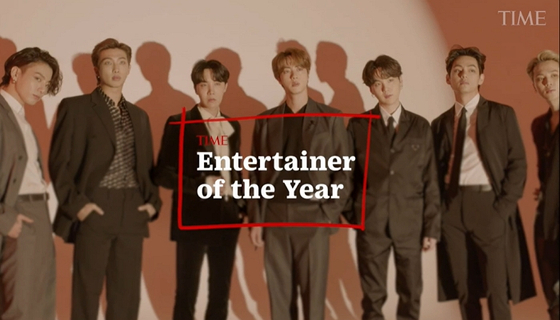 BTS (BTS) has been named the Celebrity of the Year by Time magazine in the U.S.

On the 10th, local time, Time magazine released a special page highlighting BTS, saying on its website and Twitter that it has “selected BTS for this year’s celebrity.”

Time said on its special page, “The BTS is the most popular group on music charts and the largest band in the world.”

“BTS has reached the pinnacle of pop stars by releasing multiple albums and breaking records in all types,” he said.

In particular, successful activities were highly valued in the Korona 19th century.

BTS topped Billboard’s Hot 100 by releasing ‘Dynamite’ and ‘Life Goes On’ this year.

“It’s a difficult time for everyone to struggle to stay out of isolation, but BTS has done everything in a year,” Time said. “Most of the other celebrities have failed.”

“Today, K-pop is a multi-billion dollar market, but for decades, the music market, including Western media and radio, 먹튀사이트 has treated K-pop as just a novelty,” he said, explaining that BTS’s activities have changed its perception.