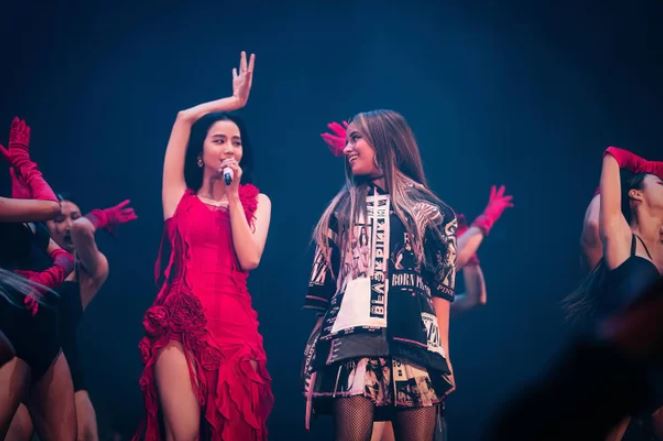 Cuban singer and actress Camilla Cabello expressed her feelings on stage as a guest at BLACKPINK’s concert.

Camilla said on the 21st (local time) “I had such a great time singing ‘Liar’ with you!!! Thank you for inviting me Blackpink♥” posted the photo.

In the photo released, Camilla Cabello is seen singing her second album’s song “Liar” with Ji-soo at the “BORN PINK WORLD TOUR” LA performance held at Bank of California Stadium in Los Angeles, the previous day before.

In addition, after the concert, he took a proof shot with BLACKPINK members such as Jisoo, Jenny, Rose, and Lisa on the backstage.

Upon hearing this, Jisoo left a comment with fireworks and heart emoticons.

Meanwhile, BLACKPINK won two awards at the 2022 MTV Europe Music Awards (hereinafter referred to as ‘MTV EMA’) and is currently on a world tour. After the LA performance on the 20th, he will finish his schedule in North America and continue his tour in the UK from the 30th.