CHANSUNG met Jeon So Min after his wedding announcement 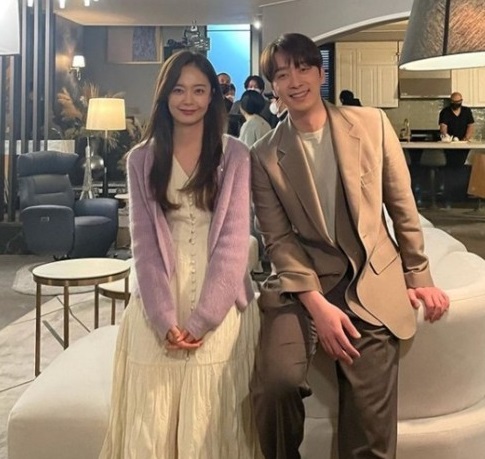 CHANSUNG met Jeon So Min after his wedding announcement

Selfies of group 2PM member and actor Hwang Chan-sung and actor Jeon So-min have been released.

Jeon So-min posted a photo on Instagram on the 21st with a message saying, “Channel A Showwindo Queen’s House at 10:30 tonight.”

In the picture, Jeon So-min is smiling brightly sitting on the sofa side by side with Hwang Chan-sung. The two, who are appearing together in Channel A’s Monday-Tuesday drama “Show Window: The Queen’s House,” pose friendly.

Hwang Chan-sung, who announced his marriage on the 15th, said in a handwritten letter, “While preparing and planning for marriage, the blessing of a new life came earlier than expected, and I was thinking of getting married as early as next year.” It is still in the early stages of pregnancy, he said.

Netizens who saw the photo of Jeon So-min and Hwang Chan-sung said, “I’ll watch it live today,” and “I’m looking forward to it today as well.” “Show window”, “Chinese fans are cheering for you”.