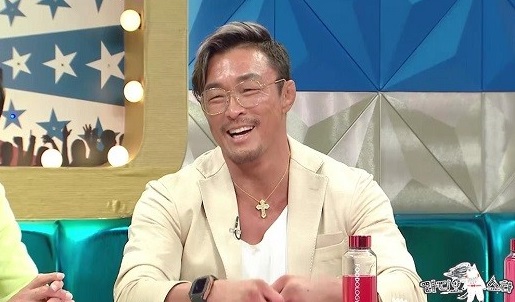 When asked about the secret of living as a parakeet couple with his wife Siho Yano, “Radio Star” Choo Sung-hoon revealed an unexpected answer, devastating the recording studio. Choo Sung-hoon then raises questions by saying that his daughter Sarang tells a story of feeling reality after shedding tears in front of him.

Choo Sung-hoon, a mixed martial arts player and broadcaster, has been active in various entertainment programs in Korea. In particular, he is captivating viewers by showing his love for his wife, Yano Shiho, who is a top model, and his daughter, Choo Sa-rang. Recently, he won his first return to mixed martial arts in two years.

Choo Sung-hoon, who re-entered the “Radio Star” for the first time in five years, expressed his feelings of winning the return match, saying, “I was very happy after winning.” He then reveals the behind-the-scenes of his return, saying that this one word saved him in a crisis that almost fainted twice during the game.

Choo Seong-hoon maintains a special marital relationship enough to be called Yano Shiho and the Inkko couple. When asked about the tips of the MCs, Choo Sung-hoon gave an unexpected answer and devastated the recording studio.

Choo Sung-hoon, who is currently living in Hawaii with his family, confessed, “Korea is more comfortable than Hawaii,” stimulating curiosity. He will then release a series of episodes of Hawaii’s life that are busy enough for 24 hours.

In addition, Choo Sung-hoon tells the recent status of his daughter, Choo Sa-rang, who has grown up in a storm. At the same time, it is said that Sarang’s future dream will be revealed in “Radio Star,” raising expectations.

On the other hand, “Steel Fighter” Choo Sung-hoon steals attention by introducing the story of Sarang crying in front of him. After shedding tears, he confessed that he felt reality (?) and made people wonder what it was about.

Choo Sung-hoon’s secret to the parakeet couple, which turned the studio into a sea of laughter, can be found on “Radio Star,” which airs at 10:20 p.m. on the 18th