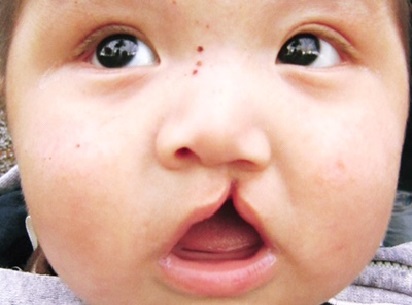 Q: A 17-year-old man. My philtrum has cracked since I was born. It’s congenital cleft lip. I had surgery when I was a baby, and now I’m a teenager, I still have a scar that doesn’t look good on the outside, so I’m having a hard time.

I started to avoid talking to people, and now I even have anti-inflammatory syndrome. It’s because of the scar. I was teased for being unreasonable. They say that surgery is not possible because it is still growing, but I want to get it as soon as possible. When can I get it?

A: I guess you didn’t have a cleft palate surgery when you were young and you haven’t had braces so far. It is assumed that the shape has changed a lot as you grew up.

It is important to undergo cleft lip surgery after growth, but if you think it will improve through correction even before then, it is recommended to re-operate to make the shape pretty.

Currently, not only lip scars, but also nostrils, nose blades, tip of nose, and nose bridge correction are needed. The overall harmony is important. I recommend you visit the hospital for direct consultation.