Faker Lee Sang-hyuk, who aims for more than the semifinals, said… 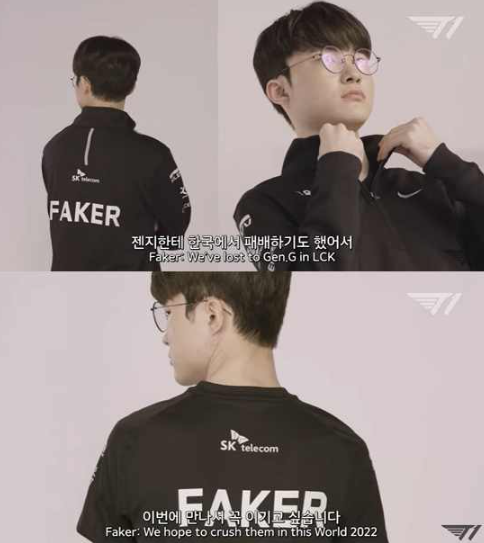 Faker Lee Sang-hyuk, who aims for more than the semifinals, said, “I want to win against Gen.G and LPL teams that we lost.”

“I hope I can go higher than the semifinals”

On the 12th, T1 posted a video on its official SNS with a message, “On the way to San Francisco!”

In particular, “Faker” Lee Sang-hyuk, the captain of T1 and aiming for the top of the LOL World Cup, said, “I think it will feel new to wear a new uniform at Worlds,” adding, “Black seems to reveal our team’s color well.”

He said, “I think exercise is of course helpful for mental management. In addition, I think it will be important to feel comfortable,” he said, referring to the importance of managing his condition.

Lee Sang-hyuk stressed, “I lost to Gen.G in Korea, so I think it would be fun to meet him again at Worlds, and we lost to Chinese teams, but I really want to meet him this time and win.”

In addition, he expressed his goal, saying, “I fell from the semifinals a little unfortunately last Worlds, but this time, I will work hard to reach a higher place than the semifinals.”