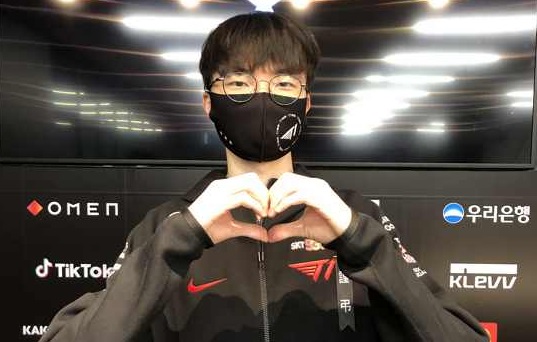 Faker Lee Sang-hyuk’s early role-de-cup He’s greedy as it’s been a while since he’s been there.

“Faker” Lee Sang-hyuk stressed that he is “greedy” about the LOL Cup, which he has played in a long time.

On the 22nd, a game of Zenji vs. T1 was held in the second round of the 2021 LCK Summer playoffs at Roll Park in Jongno, Seoul.

On the same day, T1 beat Zenzi 3 to 1 to advance to the Summer Final. T1’s unique tenacity exploded. Despite losing the first set, he won both the second, third and fourth sets and won a thrilling victory.

Although all the players played their roles, Lee Sang-hyuk’s role, who held out firmly in the middle, was important. He led the team’s victory by playing in the Rises.

In a joint interview held after the game, Lee Sang-hyuk said, “I thought Genji was the biggest crisis. “I’m glad I passed it well, and I’ll do my best in the final,” he said.

Lee Sang-hyuk confessed that he feels new about the final match against Coach Kim Jung-kyun of Damwon Kia for the 10th LCK championship. I never thought of meeting Kim Jung-kyun in the final before. “I will prepare hard because I really want to win.”

Lee Sang-hyuk, who said it would be easier than the match against Kia in Damwon in the team Damwon. “Personally, I expected to have a hard time before Gen. I think we can face Damwon Kia at ease if we turn over the Zenzi jeon. “If we prepare well, there will be no big difficulties.”

Lee Sang-hyuk said, “I thought there would be difficulties in my condition because the game was more difficult.” There were many things that were lacking in the game. “Since the schedule for the game is very tight, I thought so because I didn’t have much time to prepare for it.”