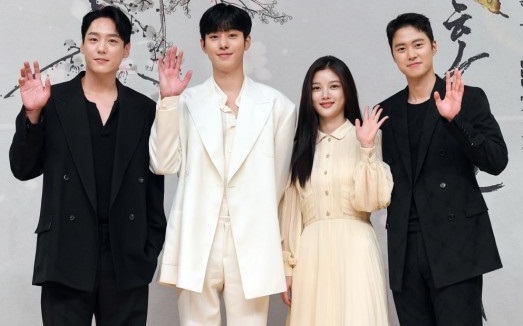 Actors Kwak Si-yang, Ahn Hyo-seop, Kim Yoo-jung, and Gong Myung are having a photo time at the production presentation of SBS’ new Monday-Tuesday drama “Hongcheongi” held online on the afternoon of the 26th.

“Hong Chun-gi” is a fantasy romance drama about Hong Chun-ki (Kim Yoo-jung), a powerful female painter who reads the constellation of the sky, and Ha-ram (Ahn Hyo-seop), a red-eyed man who reads the zodiac sign of the sky. The first episode will air on the 30th.