I hope you don’t regret the harsh comment on Vietnamese 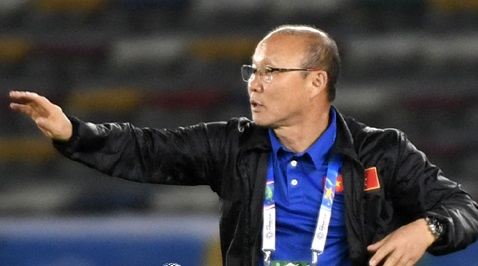 Coach Park Hang-seo, who is seeking his second consecutive Suzuki Cup title, put Vietnam in the semifinals, but some local media expressed regret.

Vietnam won 4-0 in the fourth Group B match of the 2020 Suzuki Cup against Cambodia at Vishan Stadium in Singapore on the 19th (local time). Vietnam ended the group stage with three wins and one draw (10 points) with a great victory, scoring the same points as Indonesia (10 points) led by head coach Shin Tae-yong. Vietnam and Indonesia had the same goal difference, but head coach Shin Tae-yong’s Indonesia, which was ahead in multiple points, advanced to the semifinals as the top of the group. Indonesia topped the group with an unexpected 4-1 victory over Malaysia, which was competing for the semifinals.

Indonesia will face host Singapore for the finals in the semifinals. Vietnam, which joined the semifinals as second place in the group, will face Thailand, the No. 1 opponent in Group A, which is more difficult than Singapore.

Vietnamese media Tuoy Zhe criticized coach Park Hang-seo’s failure to score more goals against Cambodia on the 20th. The media said, “Vietnam has all the main players to take the top spot in the group.” Everything went as planned,” adding, “By the 12th minute of the second half, Vietnam took a 4-0 lead. However, Vietnam has not been able to play aggressively since then. Since then, Indonesia scored in the 37th minute of the second half and took the lead in the ranking battle against Vietnam, and Vietnam has launched an active attack, but it was already late, he said.

In particular, Vietnam must win any opponent to win. However, Thailand is not an easy opponent to win. “I hope coach Park Hang-seo doesn’t regret it,” he made a critical argument against Vietnam, which advanced to the semifinals as second place in the group.

Prospects for the match against Thailand are mixed in Vietnam. Vietnamese media Tuoy J was concerned that “Vietnam tied Thailand in the World Cup qualifying round, but could have lost.” On the other hand, VN Express prayed for good performance, saying, “Since coach Park Hang-seo took charge of Vietnam’s national team, he has never lost to Thailand.”

Coach Park Hang-seo, who will play in the semifinals against Thailand, said, “We won 4-0, and the players did their best to achieve their goals. Indonesia scored more goals in the group stage than we did, but I’m satisfied anyway, he said. “Thailand, the opponent in the semifinals, is a strong team. However, the same applies to any team. “I will do my best to get good results,” he said.