If you fill the regulation at-bat, you can see the trauma 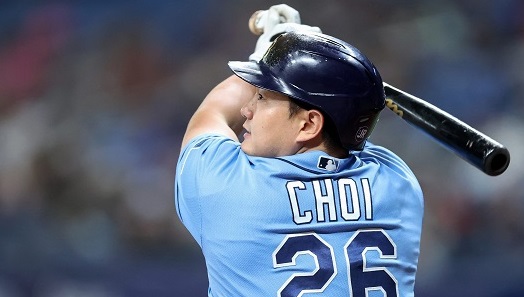 If you fill the regulation at-bat, you can see the trauma OPS 1.086 Specialty starts to return

Mark Robkin of the Tampa Bay Times tweeted on the 6th (Korea Standard Time), “Choi Ji-man played as a designated hitter at the spring camp expansion game held in Port Charlotte that day. It felt good. I will play as a first baseman tomorrow,” he wrote.

In 15 games this season, Choi Ji-man had a batting average of 0.357 with 15 hits in 42 at-bats, two home runs, 10 RBIs, and seven runs, with a 0.491 slugging percentage of 0.595 OPS 1.086. The Tampa Bay bench almost excluded Choi Ji-man when a left-handed pitcher started, but Choi Ji-man showed off his impact that was second to the major league’s top hitters by taking advantage of irregular opportunities to play.

However, he was recently placed on the injured list due to an elbow injury. Following last year, another injury bothers Choi Ji-man. He played only 15 games this season and failed to meet the regulation at-bats. Therefore, it is difficult to find Choi Ji-man in the batting category ranking list.

However, if you maintain your current volume while filling the regulation at-bats after recovering from your health, you can get attention from the Major League. Tampa Bay had 15 wins and 10 losses in 25 games until the 6th. The regulation at-bat is 77.5. Choi Ji-man cannot return immediately on the 7th, so he has to diligently fill the number of at-bats even after returning.

In addition, his on-base percentage ranks first in the Major League and his slugging percentage ranks 10th in the Major League. Of course, if the performance is not good in the process of filling the regulation at-bats after returning, the figures and rankings will fall continuously. However, there is no law not to compete with the top hitters mentioned above if he continues to have a good sense even after returning and fills the regulation at-bat.

Choi Ji-man is expected to return to the Major League after adjusting his senses in the expansion game of the minor league camp.