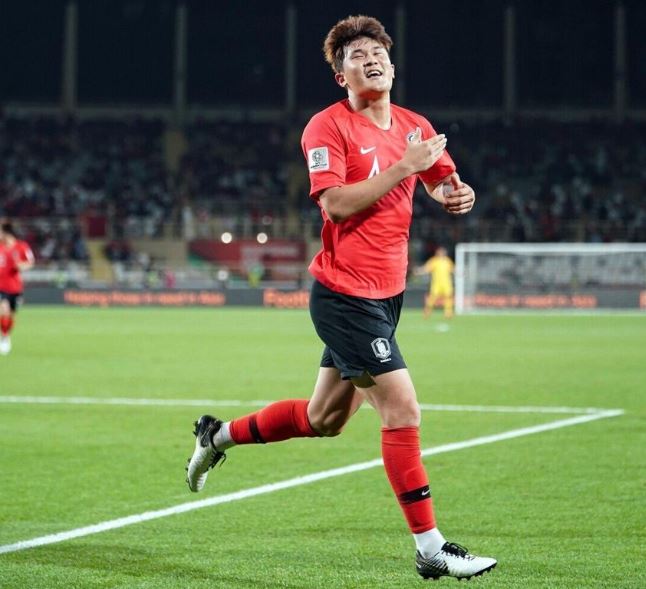 With the transfer of Italy’s Serie A leader Kim Min-jae in mind, he has begun to pay attention to the Portuguese rising star center back.

Italian media ‘Calcio Mercato’ said on the 4th (Korea Standard Time), “Napoli is afraid of losing Kim Min-jae. We are also considering a player who can replace Kim Min-jae,” he reported.

Napoli acquired key South Korean defender Kim Min-jae from Turkish club Fenerbahce for 19 million euros this summer. Kim Min-jae led Napoli’s defense by establishing himself as the core of the team at the same time as the transfer. In September, he received the Serie Player of the Month award and succeeded in adapting to the big leagues.

Thanks to Kim Min-jae’s performance, Napoli has to worry that they may send a player who has been transferred less than a year to another club.

Fabrizio Romano, a reporter familiar with the transfer market, said on SNS, “Manchester United was impressed by Napoli defender Kim Minjae, and they also sent scouts to observe him.”

According to local media, Kim Minjae’s buyout is reported to be around 50 million euros

However, according to Napoli leader Cristiano Jiuntoli’s claim, Kim Min-jae’s buyout amount is flexible and could rise to up to 80 million euros depending on the club’s sales that he wants to recruit, so Kim Min-jae’s transfer is not certain.

Calcio Mercato said, “Napoli could lose Kim Minjae, who has a release clause in the contract, in the coming summer. Napoli is considering Benfica’s Antonio Silva to minimize the gap caused by Kim Min-jae’s departure, and Monaco’s Benoit Vardiacil is also of interest,” he reported.

Benfica defender Antonio Silva, born in 2003, is a promising player who has become Benfica’s main center back this season.

He participated in the 2022 Qatar World Cup as part of the Portuguese national team’s final roster and made his World Cup debut in the third group match against South Korea. Silva, who played as a left center back, also competed with Son Heung-min several times.

Silva is a player with an advantage of rear build-up and excellent physicality, and Benfica’s high pass success rate of 92% this season and pass selection according to the situation stood out. Like Kim Min-jae, the long pass is very accurate and the location selection is excellent in competition situations is similar.

However, unlike Kim Min-jae, who caught up with Liverpool’s Mohamed Salah at speed, his agility is regrettable. He also exposed several times that he gave up space due to the speed of the striker in a counterattack situation.

Naples has begun to pay attention to Silva because it can send Kim Min-jae to the big club sooner than expected. This means that Kim Min-jae’s transfer probability has increased considerably.