Leaving AOA Jimin is making a comeback after 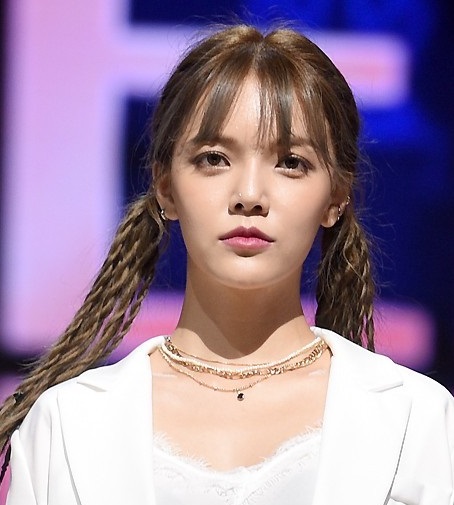 Singer Jimin (real name Shin Jimin, 31), who left the girl group AOA, has confirmed his appearance on the show and will start his full-fledged activities in two years.

According to an official from the entertainment industry on the 1st, Jimin will participate in JTBC’s new entertainment program “Second World,” which depicts the vocal war of K-pop girl group main rappers.

Jimin, a former AOA main rapper, will fully demonstrate his vocal skills through “Second World” to develop his second world as an all-round artist.

It is reported that the main rappers of eight K-pop representative girl groups, including Jimin, will participate in the competition.

Jimin withdrew from AOA in 2020 and suspended his official activities in the aftermath of the controversy over former AOA member Kwon Min-ah.

FNC Entertainment, the agency at the time, said, “I’m sorry to have caused a lot of people to worry about what’s going on with Jimin,” adding, “Jimin decided to leave AOA after this time and stop all entertainment after this time.”

After going through a self-contained period, Jimin resumed SNS activities early this year and began communicating with fans.

Then, he signed an exclusive contract with his new agency Alomaro Entertainment last month and broke the two-year gap. This “second world” is an official comeback program.

Earlier, Jimin announced his contract with the new agency, saying, “I’m greeting you at a new home. “I’ve been thinking a lot and I’ve had time to reflect on myself,” he said. “I’m still cautious, but I’m trying to go step by step.” “Please look forward to seeing me in the future”