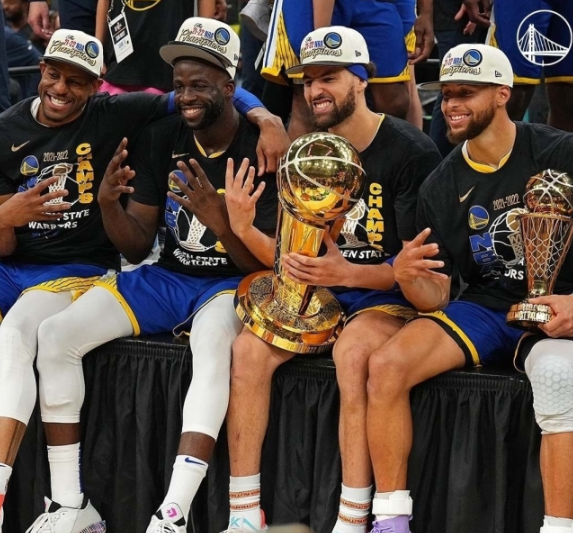 With the U.S. National Basketball Association (NBA) starting with the match between Philadelphia and Boston on the 19th, a “power ranking” was announced to gauge the power of all 30 teams. Golden State, the final winner of last season, is expected to show its strongest strength this season.

CBS Sports and NBA.com announced the first week of power rankings of 30 NBA teams on the 18th, a day before the opening. The rankings were calculated based on last season’s performance, whether or not to reinforce off-season power, and various offense and defense indicators. When the season opens in the future, the rankings will change every week depending on each team’s weekly performance and the inflow and outflow of players.

Golden State, the “defending champion,” is the team that the two media picked as the No. 1 team in one sense. Golden State is highly praised for keeping its winning history last season and allowing “Splash Duo” Stephen Curry (34) and Clay Thompson (32) to play on the court from the beginning of the season in good health. The two players led Golden State to the finals in 2015, 2017, 2018 and 2022.

On top of that, young players such as Andrew Wiggins (27) and Jordan Poole (23) are playing as much as Curry and Thompson.

During the off-season training period, there was unfortunate news that Draymond Green (32) punched Pool in the face, but NBA.com said, “When Green returned to his last pre-season game on the 15th, Golden State perfectly showed Golden State,” adding, “It was not a big deal.”

NBA.com ranked second in the power rankings with Milwaukee, the final winner of the 2020-2021 season, but CBS Sports drew attention by picking the LA Clippers. CBS Sports cited the combination of ace Kawhi Leonard (31) and Paul George (32) who return in good health as a major factor in the Clippers’ rise in the rankings.

The two, who joined the Clippers ahead of the 2019-2020 season, showed their power by placing the team in second place in the Western Conference regular league in their first season. However, Leonard has been out due to injury for a long time, and he has announced his return to good health ahead of this season, raising expectations. The Clippers also have John Wall (32) who can show his all-star performance if he is not injured.

James and Anthony Davis (29), who led the final title in the 2019-2020 season, are in good shape, but Russell Westbrook (34), who ambitiously recruited last year but ended up failing, is still a question mark and there is no clear scorer to support James and Davis.

NBA.com also criticized, “It’s better than last year’s pre-season, when we lost six consecutive games, but I don’t think it’s improved.” In the preseason ahead of the opening of the new season, the Lakers recorded one win and five losses.

San Antonio, who has the most wins (1344) in NBA history, is ranked at the bottom of the two media. San Antonio, which Popovich took the helm in 1996 and succeeded in advancing to the playoffs for 22 consecutive seasons (the most in NBA history) from the 1997-1998 season to the 2018-2019 season, has declared a rebuilding ahead of this season. 토토사이트