Park Narae I came too late A storm of sobbing 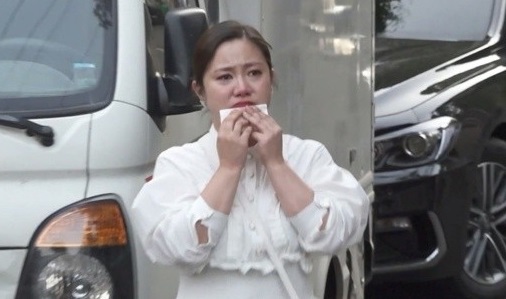 Park Narae I came too late A storm of sobbing

“I Live Alone” Park Na-rae is looking for an old lady from a boarding house in high school. Attention is focused on the sight of tears constantly saying, “I came too late” in the neighborhood of the boarding house, which was preserved as it was in those days.

On MBC’s “I Live Alone” (directed by Heo Hang, Lee Min-ji, Kang Ji-hee), which will air today (27th), Park Na-rae’s trip to memories will be unveiled.

Park Na-rae previously made a hot topic by announcing her visit to her alma mater for the first time in more than 20 years. After finishing a surprise event for juniors, I headed to a strange neighborhood, not a way back home, which stimulates curiosity. In the end, he can’t control his tears and shows his emotions, drawing attention.

Park Na-rae, who was about to return home after finishing her schedule, found a boarding house in her high school days. The sight of her moving blindly to the thought of her grandmother, who took care of her as if she were her own grandchild for three years, makes viewers anxious. Attention is focusing on whether he will be able to meet a welcome face after visiting as the memories lead.

Many things have changed in nearly 20 years, but Park Narae’s boarding house neighborhood retains its old appearance, stimulating nostalgia. Neighbors who have lived here for a long time also recognized him at a glance, creating a friendly atmosphere, and it is surprising that he even delivered the recent status of the grandmother of the boarding house.

Soon after, Park Na-rae was spotted sobbing, saying, “I came too late,” drawing keen attention to what the story might be. While tears flowing from laughter add to the sadness, attention is being paid to what stories have been told to him, who is rushing his steps.

Park Na-rae recalled her high school days with her grandmother at the boarding house, saying, “When I was young, I came to Seoul and had no family to rely on. I could have been anxious because my father died while attending school, but he really treated me like a family,” he said, expressing his deep feelings and giving me a sad feeling at the end of his nose. Attention is focused on whether the desperate meeting can take place.

The reunion of Park Na-rae and the grandmother of the boarding house can be confirmed through “I Live Alone,” which airs at 11:10 p.m. that day