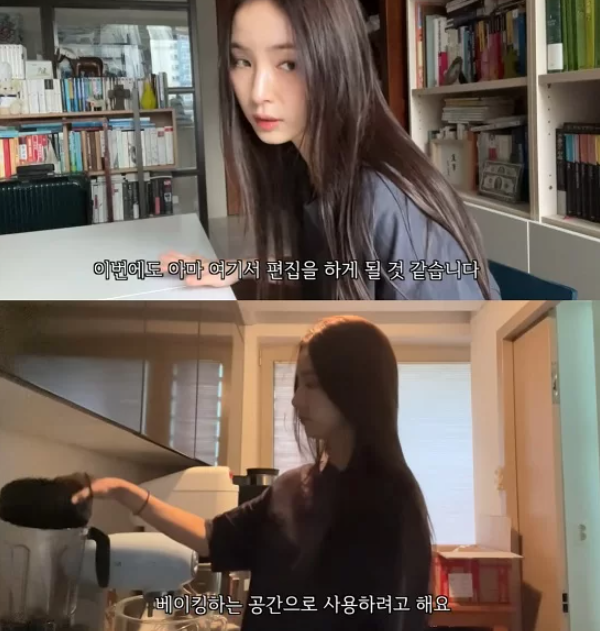 Actor Shin Se kyung told us about her recent move.

On the 11th, Shin Se kyung’s YouTube channel said, “I moved! A video titled “The first Vlog of a new house, a trip to Jeju, and making boiled bonito chestnuts” was posted.

Shin Se-kyung said, “How have you been? I’ve been doing well,” adding, “I’m sorry that I seem to post videos too sparsely.”

“I think I’m going to be editing at this desk,” he said. “I don’t know how it’s going to change because it’s still being cleaned up.”

Shin Se-kyung then revealed the auxiliary kitchen and explained that she will bake here.

Various baking tools such as kneading machines and blender were located in the auxiliary kitchen, drawing attention.

Shin Se-kyung even slightly revealed the living room while filming her dog lying down.

Meanwhile, Shin Se kyung, who is filming a drama, drew attention by showing the filming site of Jeju Island on the Vlog along with the release of the house.

Shin Se kyung has decided to appear in the tvN drama “Arthdal Chronicles 2,” which is scheduled to air next year.