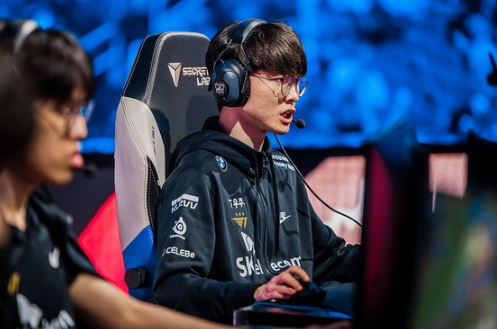 SKT T1 caught the only Chinese team, Jingdong Gaming (JDG), in the semifinals of the 2022 LOL World Cup. As a result, the Korean team will compete against each other in the final.

T1 beat JDG 3-1 in the semifinals of the 2022 LOL World Cup held at the State Farm Arena in Atlanta on the morning of the 30th (Korea Standard Time).

It is the first time that T1 has reached the LOL World Cup final since the 2017 tournament in Beijing, China. T1 was the only one in the world to win three LOL World Cups, including two consecutive LOL World Cups, and set the stage for a four-time championship.

T1 captain Faker Lee Sang-hyuk will advance to the LOL World Cup finals for the fifth time in his career.

T1 gave up the first set to JDG’s offensive, but won one game after a 33-minute bloody battle in the second set. T1, which turned the tide, succeeded in overcoming the opponent in the third and fourth sets.

As T1 sent home JDG, the only Chinese LPL team among the teams that reached the semifinals, the final match was confirmed as a “civil war” between teams belonging to South Korea’s LoL Champions Korea (LCK).

T1 will clash with the semifinal winner between LCK No. 1 seed Gen.G and LCK No. 4 seed DRX on the 31st for the championship cup in the final at “Chase Center” in San Francisco at 6 a.m. on the 6th of next month.

As a result, South Korea’s LCK will return to the throne two years after Damwon Gaming (formerly Damwon Kia) won in 2020.

LCK has won the championship for five consecutive years until 2017, starting with the victory of SK Telecom T1.