WJSN SOOBIN, “I bought coins when they were the most expensive… 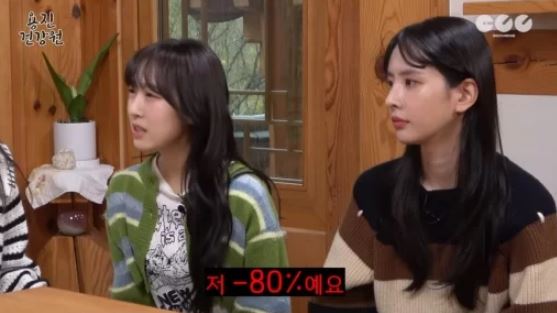 WJSN SOOBIN, “I bought coins when they were the most expensive. -80% now”

Subin of the group WJSN confessed about the return on coins and stocks.

On the 17th, the YouTube channel “Yongjin Health Center” posted a video featuring Exy, Subin, and Seol-A of the group WJSN.

In the video, Lee Yong-jin asked about WJSN’s financial status and financial techniques ahead of their seventh year.

At Subin’s words, Exy revealed, “That’s why I always whine a lot when the coin is not good.” Seol-ah also helped, saying, “Her feelings go with the coin graph.”

In response, Soobin said, “I think I had a hard time at that time,” and added, “Now that I’ve been down there, I’ve given up a little.”

When Subin confessed, Lee Yong-jin said, “To get rid of all the stress or financial stimulation, you have to throw it into the marketplace.” You have to give up. Then I just have to live my life,” he said.

Lee Yong-jin then said, “I threw it. “When I was bitten by the highest point, I didn’t even look back and threw it at about -40%,” he said.