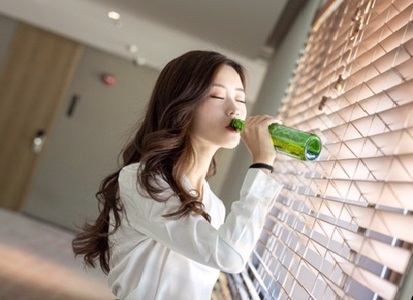 Q: A woman in her late 20s. I had a sty inside my eye, but the swelling did not go away even if I took the medicine, so I eventually had a sty surgery. The swelling remained the same after the surgery, so I visited the hospital again three months later and inquired.

They said you can leave it alone because it doesn’t hurt. I don’t have pain, but it doesn’t look good. There’s something that’s hard to touch when you touch it.

Should I do the surgery again? Is there any other way?

A: It’s a bean sty. If you have had a sty in the past, scars can remain there regardless of whether you are treated or not. It’s called a bean sty because it feels like there’s a small bean inside the eyelid.

It doesn’t look good due to its beauty, and it can be repeatedly accompanied by inflammation. There are two ways to remove bean stye. Surgery to cut tissue, or to get an injection to remove a chest inside.

Injection therapy is a local direct injection of steroids called Triamcinolone to the eyelids. About 70-80% of injections disappear within a month. If it remains, you may get repeated injections every month, but if it still remains, there is a way to remove it surgically.