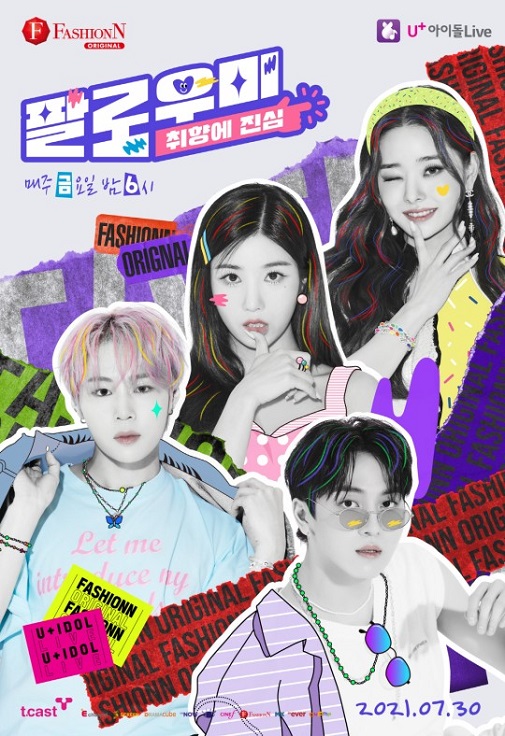 “Follow Me,” which is expected to be the first male MC, will introduce a new season.

On the morning of the 27th, a production presentation was held to prevent the spread of new coronavirus infections (Corona 19) at T-cast Fashion. Ha Sung-woon, PENTAGON’s Kino, Kwon Eun-bi, and YouTuber Freesia (Song Ji-ah) attended the event.

“Follow Me-Taste,” co-produced by T-Cast Fashion & Channel and LG Uplus, shares the tastes of K-Icons that have never been seen anywhere, with 4MC at the forefront. If last seasons mainly dealt with women’s lifestyles, this season, Ha Sung-woon and Kino are the first male MCs in history, drawing attention.

The 4MC, who joined Follow Me, showed an extraordinary sum on the day. The reasons for joining the program were also revealed, drawing attention. Kino said, “I thought it would be fun to be with good people who would fit well. “As the title is ‘Sincere about taste’, I have a variety of tastes and hobbies, and I thought I could show them to the fans, so I started looking forward to it, but it’s so much fun.”

Ha Sung-woon said, “I know that female MCs of the previous season share information about beauty and give tips to viewers, but there were many concerns.” I was worried because I didn’t know many things about beauty, but I came here because I heard that there are many things that I can show each person’s taste sincerely. “I think this ‘Follow Me’ will be different because of each new taste,” he said.

Kwon Eun-bin said, “First of all, when I heard that I was going to do ‘Follow Me’, I was glad that I could tell you my beauty know-how and fashion know-how because it was a beauty program.” “As I am serious about my taste, I think I can share my hobbies, beauty, and fashion this season.”

“I’m a person who is very interested in beauty and fashion, so I came out thinking, ‘It’s a program that’s perfect for Frisia, so I can’t go out on it,” Frisia said.

Kino and Ha Sung-woon will be joining as the first male MCs in all seasons. Ha Sung-woon said, “I personally felt a lot of pressure, and I feel like I’m doing well so far because my writers give me a lot of courage.” Kino also said, “Since it’s the first male MC, the staff helps me a lot. “I’m doing well without any worries because my brother is good at leading next to me.”

The four who recently filmed their first episode. Ha Sung-woon said, “Fortunately, I felt comfortable because I had friends I knew. “It felt a bit noisy, but each personality and color were distinct, so I thought we could show more diverse sides beyond the first episode.” Kino also said, “We shot the first shoot for a long time, and it was so hot and exhausting because we met in the heat, but the style and personality of the 4MC were so different that it was fun, and the reaction was good, so we had fun without getting bored.”