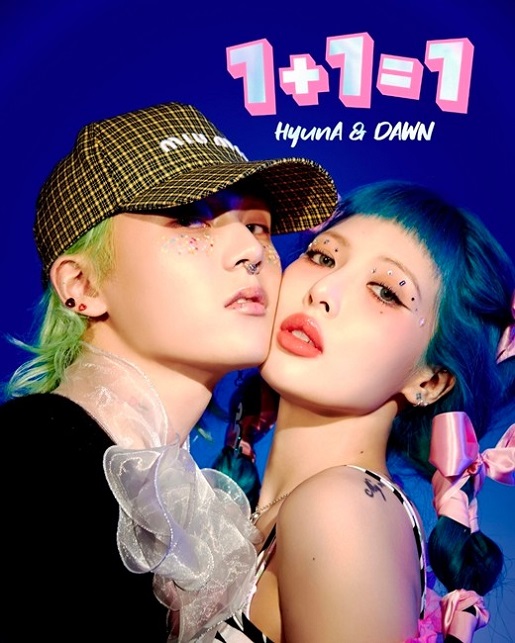 Singers Hyun-ah and Dawn will appear as fantastic duet partners.

On the 9th, Hyuna X Dawn will release her first EP “1+1=1” and release the music video for the title song “PING PONG.”

“1+1=1” is an album that unfolds things that can only be imagined in dreams. Hyun-ah & Dawn, who became one, not two, expressed honest and unconventional music in various colors.

The title song “Pink Fong,” in which Hyun-ah and Dawn jointly participated in the lyrics and composition, is a Mumbaton dance song with an intense lead sound consisting of Mumbaton rhythm and 808 bases. It features a lover in love in cute and popping lyrics as if a table tennis ball was moving back and forth.

Music videos and performances are also points to watch. The addictive couple’s group dance and the dance break that emphasizes Hyun-ah & Dawn’s individuality will blend with the kitsch visuals to provide viewers with a variety of fun. Hyun-ah turned into a little mermaid with blue hair and Dawn turned into a Peter Pan with green hair, respectively, completing a fantasy beyond unreal.

In addition, there are four songs with high completeness, including Deep Dive, an R&B hip-hop track written by Dawn alone, XOXO with funky charm, and I know, which sentimentalizes the last conversation of lovers. Dawn actively participated in producing the entire album and Hyuna wrote and composed three songs and directing visuals.