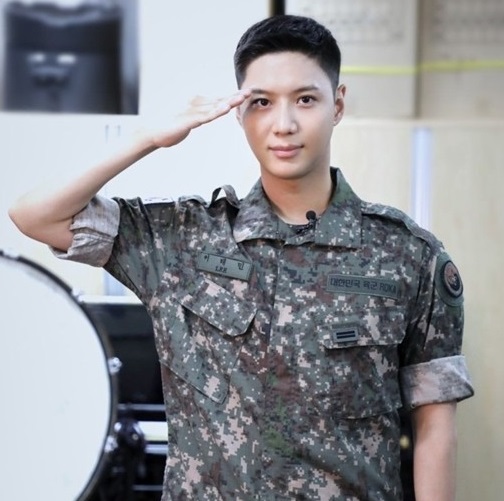 The recent status of Taemin, a member of the group SHINee, during his military service was reported.

On the 16th, the Military Manpower Administration released a photo of SHINee Taemin, who became a private of the military band, on its official blog.

In the picture, Taemin is showing off a more mature atmosphere in a military uniform. His salute pose or playing the piano shows warmth and charisma at the same time.

In an interview posted together, Taemin explained, “I usually enjoyed singing and it suited me the most,” adding, “It has the advantage of being able to develop by utilizing my main specialty.”

“I want to meet my family and pets on my first vacation,” he said adding, “I miss my fans so much.”

Meanwhile, Taemin entered the Army Training Center on May 31, received basic military training, and began serving at the Army Military Band. Ahead of his enlistment, he released his third mini-album “Advice” on May 18, saying, “I hope it will comfort you a little during the hiatus.”