I wanted Douglas Song Hye-kyo to look tired and vulnerable 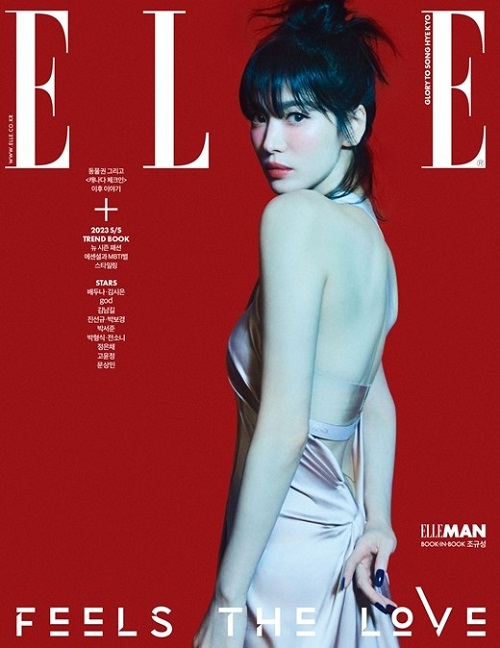 I wanted Douglas Song Hye-kyo to look tired and vulnerable

Actor Song Hye-kyo made the cover of the February issue of Elle, a fashion magazine.

This pictorial focused on capturing Song Hye-kyo’s everyday and fashionable atmosphere at the same time.

After the photo shoot, the interview was conducted. Song Hye-kyo, who recently succeeded in showing a new face as an actor as Netflix’s original “The Glory” Moon Dong-eun, said, “Dong-eun had many three-dimensional situations of expressing her emotions,” adding, “I was delighted to do emotions that I had never done before.” “I was so happy to go into the accommodation and lie down after a difficult scene,” he said, expressing satisfaction. “The Glory Part 2 is full of more things. It will be more fun,” he added, raising expectations.

Song Hye-kyo, who rarely monitored the work while filming because she was afraid of acting in a frame, said, “I’m satisfied because it looks like Moon Dong-eun.”

When asked how he wanted Dong-eun to look outside, he said, “I wanted her to look impoverished and vulnerable. A person who decided to revenge may gain weight, but I thought it would be more pleasant when the perpetrators were hit by a small-looking person who would feel ‘what’s scary about him,’ he said. “I wasn’t going to change my clothes anymore, but I had to be neat and tidy in front of my children because I was a teacher.”

When asked what color the world Song Hye-kyo is seeing now, he said, “It’s white. He said, “I finished my work well, I feel relieved, I am resting, and I am happy and comfortable without worrying about anything.”