Tottenham retired from the French national team in 145 games 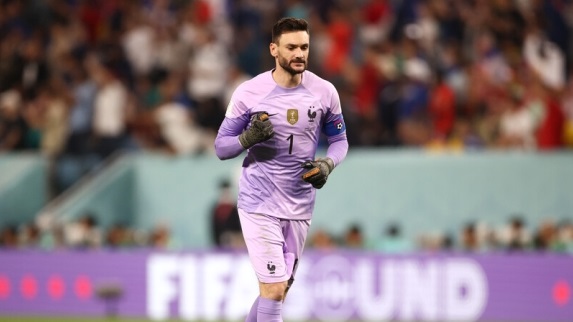 Tottenham retired from the French national team in 145 games

Hugo Lloris (37, Tottenham Hotspur), the captain of the French national soccer team and goalkeeper who contributed to winning the 2018 World Cup in Russia, announced his retirement from the national team.

The French Football Association announced on its website on the 10th (Korea Standard Time) that “Loris has decided to retire from the national team.”

Lloris made his international debut in a match against Uruguay in November 2008. For the next 14 years, he kept the goal of the Les Bleus Corps.

His record of playing in the A-match was 145 games, and he beat legendary fullback Lilian Thuram (142 games) to set a new record for the most appearances in the French national team.

In addition, Lloris has worn captain’s armband in a total of 121 games since November 2010. He also made his name as the longest-serving captain ever.

He was the undisputed starting goalkeeper for the French national team in the 2010s. Lloris has experienced a total of four World Cups, from the 2010 South African Games to the 2014 Brazil Games, the 2018 Russia Games and the 2022 Qatar Games.

He helped his country win the World Cup for the first time in 20 years at the Russian tournament and lifted the runner-up trophy at the Qatar tournament, which just ended in December last year.

The BBC quoted the media as saying, “Lloris, who decided to retire from the national team, plans to focus only on his team Tottenham.” “I hope he will maintain his best performance for a few more years (at Tottenham),” he reported.