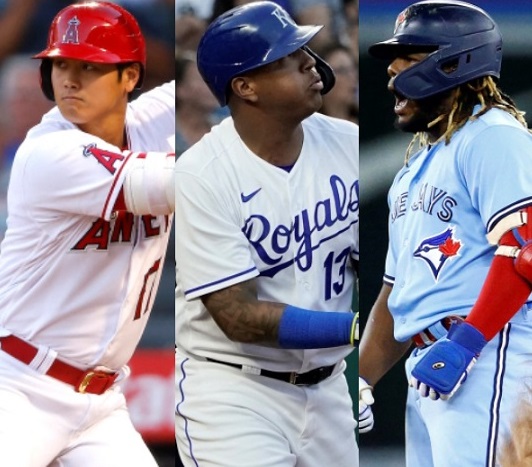 I’m not sure if Ohtani will win The number of home run king competitors is increasing.

The Major League American League’s home run king competition will flow in an unknown direction until the end of the season.

Until the first half of this season, the American League home run king was flowing into a two-way race between Otani Shohei (LA Angels) and Vladimir Guerrero Jr. (Toronto Blue Jays). However, since the start of the second half, some players have begun to show their strength, and the whereabouts of the home run king have become unknown.

The sluggish batting also had a fatal impact on home runs. Ohtani had only nine home runs in the second half. Recently, his ability to cope with four-seam fastballs has fallen sharply, and home runs are only coming from slow breaking balls formed in the middle of the strike zone. It seems that he needs time to rest as he works both as a pitcher and a hitter, but he is running nonstop.

It’s not just this. Salvador Perez (Kansas City Royals) is chasing hard. Perez, who hit only 21 home runs in the first half, is showing his strength by shooting 20 home runs in 48 games in the second half. Currently, he is ranked second in the league with 41 home runs. The batting is not sophisticated, but when it hits the center of the bat, it is handing over the ball out of the fence. At the current pace, it is not strange for Perez to win the title of home run king.

Some players quietly come up here. It is Marcus Semien (Toronto Blue Jays). Semien has hit as many as six home runs in six games in September. In no time, he also entered the home run king competition with 38 home runs (4th place). Semien has only two with third-place Guerrero Jr., three with second-place Perez, and only five gaps with No. 1 Otani.

Currently, the competition for the American League home run king is very fierce. If Ohtani’s pace does not improve, another player may take the title through a last-minute reversal of the season. Attention is focusing on who will get the title of the home run king.