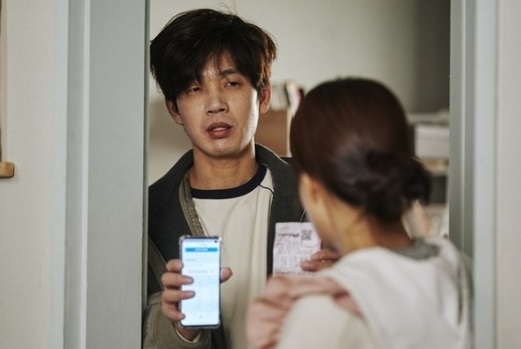 Kim Do-yoon and Ryu Hyun-kyung, “Find the first prize money,” scratch the laughter lottery with a “lucky shooter” that came with the virus.

The third work of tvN’s drama project “O’PENING,” which airs today (17th), is a human comedy that escapes to catch the best luck in life as a man who is self-quarantined due to COVID-19 finds out that he won the first prize in the lottery less than a day before the deadline. Actors with solid acting skills such as Kim Do-yoon, Ryu Hyun-kyung, Lee Seo-hwan, and Shin Dong-woo give pleasant laughter and empathy.

The photo released ahead of the first broadcast shows a dynamic day between Jung Jae-hoon (played by Kim Do-yoon) and Kang Mi-ran (played by Ryu Hyun-kyung). Jae-hoon, who even took out a loan without his wife’s knowledge and touched the stock, finds out that he won the first prize in the lottery during COVID-19 self-quarantine. Jae-hoon, who is also temporarily devastated by the fact that the deadline for the payment of 2.3 billion won is “today.” Will the risky escape to find the prize money succeed? It is also interesting to see his wife, Miran, who is surprised by the unexpected great luck.

Jae-hoon’s serious conversation with the courier (played by Yang Dong-geun) adds to the curiosity. Jae-hoon, who seems to be asking for something by pointing to the lottery to the courier, stimulates curiosity about what stories have been exchanged between the two. In particular, it is expected that Yang Dong-geun, who makes a special appearance as a courier, will perform well.

“The story of struggling to catch the luck that came with the virus will unfold,” the production team said. “The story that I would have imagined at least once will give you a pleasant smile and empathy.”