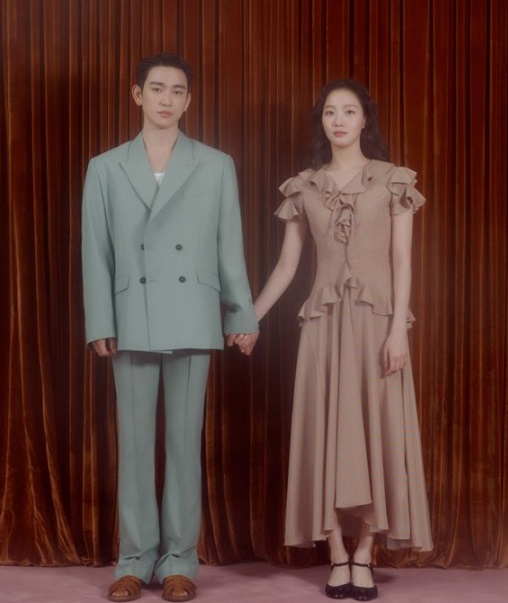 Kim Go-eun and Park Jin-young, the two main characters of the original TVing series “Yumi’s Cells 2,” held a pictorial and interview for the July issue of Elle.

The released pictorial focused on realizing a retro and romantic atmosphere by utilizing the charm of the two classical actors. Rumor has it that the two actors also enjoyed the concept and did not lose their laughter and concentration throughout the shoot.

After the photo shoot, the interview was conducted. Asked how she feels about the season 2 as a female protagonist of a season drama where the male protagonist has changed, Kim Go-eun said, “Isn’t this series of processes that meet a person, break up, and try to forget the pain of separation, but new love itself is routine and normal? I think I took it naturally.”

Park Jin-young, who will play the role of Yoo Bobby in season 2, said, “In the original movie, Bobby is a character with an impolite side. I don’t know how the Barbie I played will be taken, but it will be fun to play even if it is criticized. I’m trying to follow the script rather than showing off my skills,” he said.

When asked if Kim Go-eun’s number one priority in life would be herself, like the cells that strive for Yumi, Kim Go-eun said, “I am also happy when my family and the people I like are happy. I’m not conscious of other people’s eyes, but I care about my feelings. I naturally feel what kind of state of mind the person next to me is in,” he replied.

Meanwhile, Park said, “It hasn’t been long since I thought I should act seriously, but I think a character that has been embodied once remains a part of my body. While watching TV, when I meet a person who feels similar to the character I played, my heart heats up again for no reason,” he said, showing passion for acting.

About her recent experience of crying and laughing, Kim Go-eun told the story of a dog adopted by a shelter, and Park Jin-young shared GOT7’s experience in project activities in May