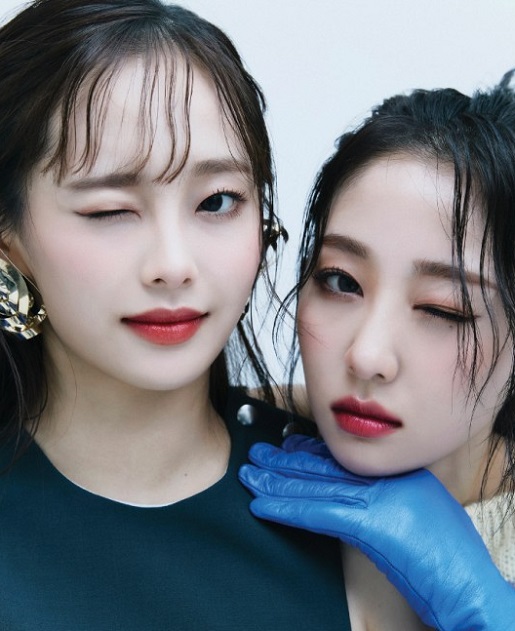 Eve and Chuu, members of the group LOONA, have made a different transformation.

On the 10th, Blockberry Creative, the agency, released a pictorial of “Noblees Man” with Yves and Chuu of this month.

Eve in the pictorial showed off her chic charm in an all-white outfit in contrast to the dark background, and in the bright background photo released together, she wore a blue suit.

Chu then stared at the camera with a drowsy look in front of the background expressing the blue sky, drawing attention with a different charm, and in another black-and-white pictorial, he showed a charismatic appearance.

In addition, in the photo together, the fashionable style encompasses the season drew admiration from viewers.

In an interview with a pictorial shoot, Chuu said about various recent activities, “There are so many grateful moments that I can’t realize.” “As I tried to show my own charm, I enjoyed filming, and I think that worked,” he said.

Eve emphasized that she is confident in the future of the group of LOONA and said, “We can pull off any concept beautifully. If the LOONA is a tree, the twelve members are like flowers of different charms,” the team introduced.

In addition, Chuu said, “This month’s girls have infinite possibilities and are girls who can show great songs and stages in the future.” “I still have a lot more to show, and I’ll work harder because I haven’t come to half of what I imagined and wanted,” he said.

Meanwhile, LOONA is set to make her official debut in Japan tomorrow (15th), and plans to pre-release a total of four songs, including the double title songs “HULA HOP” and “Star Seed~Awakening~”, through the music site.