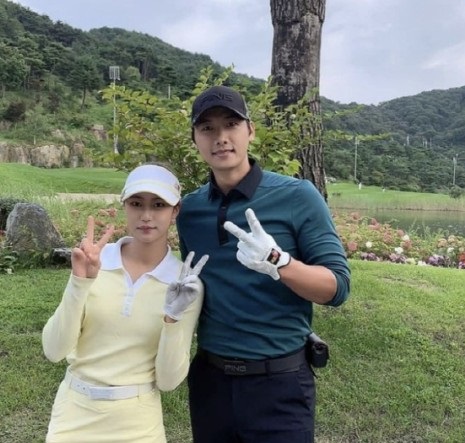 Park Yeon-soo posted on her SNS on the 14th, “Golf King. A very fun and fun shoot.” “Thank you for your precious relationship,” he said, posting a photo.

Meanwhile, Park Yeon-soo married former soccer player Song Jong-guk in 2006, but divorced in 2015. Jia and her son, Jiuk, are raising them alone, and they are reportedly moving forward to become golfers and soccer players, respectively.

Park Yeon-soo also said on KBS 2TV’s Happy Together in the past that Song Ji-ah had been offered a contract for JYP Entertainment.