Shohei Otani, expressing his intention to participate in the WBC… 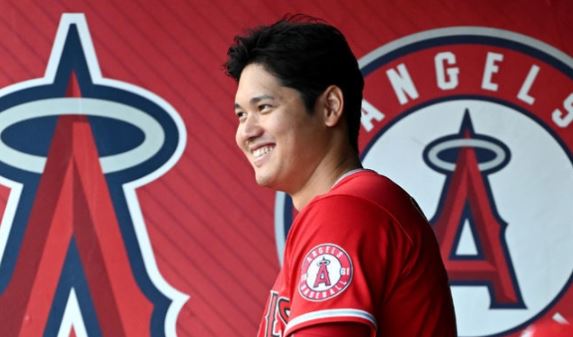 Shohei Otani, expressing his intention to participate in the WBC…

Shohei Otani (28, LA Angels) expressed his intention to participate in the World Baseball Classic (WBC). The Korean national baseball team, which has to meet Japan from the first round, is on alert.

Japanese media, including “Sankei Sports,” reported on the 17th that Otani expressed his intention to participate in the WBC in March next year. Otani said on his SNS that he conveyed his intention to Hideki Kuriyama, head coach of the Japanese national team.

Ohtani said, “Thank you for your support this year, too. As a result, it is a disappointing season, but I am grateful that I was able to enjoy baseball every day. I ask for your enthusiastic support next season, he said. “I told Coach Kuriyama that I have a intention of participating in the WBC, which I have been talking about since the middle of the season.”

Ohtani then clearly expressed his intention to participate from the first round, saying, “I look forward to playing baseball in front of Japanese fans in five years with great players from each country.” Otani was absent from the WBC for the first time due to a right ankle injury ahead of the 2017 WBC tournament.

However, he has played for the national team in Premier 12 in 2015. At that time, he started the opening game against South Korea and won six innings with two hits, two walks, 10 strikeouts, and no runs, and pitched seven innings with one hit, one out, and 11 strikeouts against South Korea, which he met again in the semifinals. It has not been decided whether he will work as a pitcher or a batter at the WBC, but it is a big threat to South Korea.

The Japanese WBC national baseball team, led by coach Kuriyama, who was a teacher during Otani’s Nippon Ham Fighters, will set up a camp in Miyazaki from February next year. After the warm-up match, the team will start the first round qualifying round against China at Tokyo Dome on March 9.

Korea is in Group B along with Japan, China, Australia and the Czech Republic. The first round will be held at Tokyo Dome in Japan from March 9 to 13. The first and second places in the first round will take tickets to the quarterfinals. South Korea will play its first match against Australia on March 9 and then play the Korea-Japan match on March 10. On this day, he is expected to meet Ohtani as a pitcher or a batter.