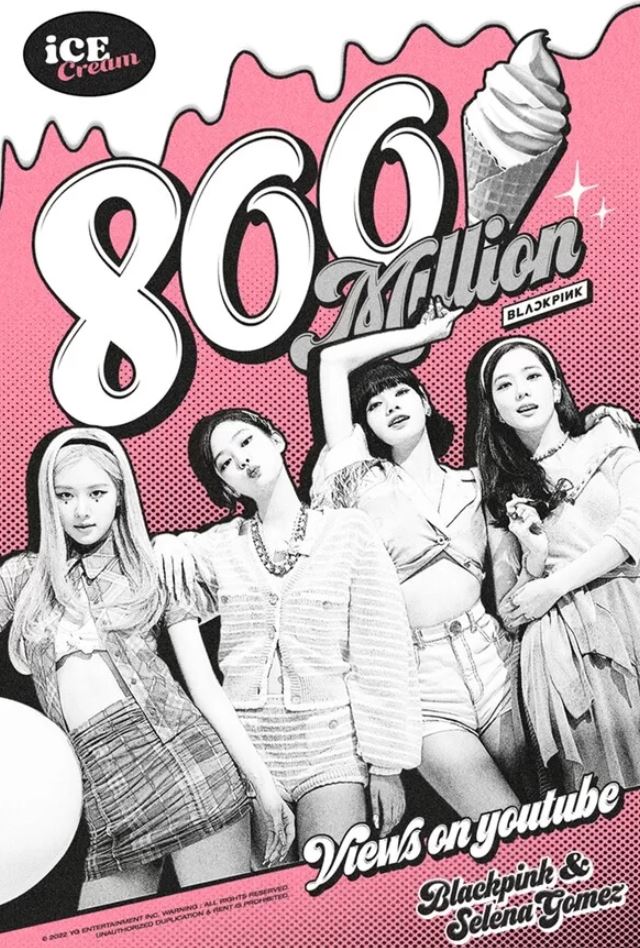 According to YG Entertainment on the 30th, BLACKPINK’s “Ice Cream” music video exceeded 800 million views on YouTube at 2:15 a.m. It has been about two years and three months since it was released in August 2020.

“Ice Cream” drew attention because it was a cute and refreshing concept that BLACKPINK first tried and a pop genre song with simple rhythm and cheerful sound. Through this song, BLACKPINK showed positive synergy with Selena Gomez.

Shortly after its release, the song topped the iTunes World Wide Chart and rose to 13th on the U.S. Billboard Hot 100, breaking its own ranking of K-pop girl groups, followed by a successful chart-in for eight consecutive weeks.

In addition, BLACKPINK’s first full-length album “THE ALBUM,” which contains the song, ranked second on both the U.S. Billboard 200 and the U.K. official album charts, breaking the top ranking of K-pop girl groups.

Meanwhile, BLACKPINK will embark on its 10th European tour in seven cities, starting with a concert in London today (30th). From 2023, the following year, it is expected to communicate with more global fans toward Asia and Oceania.